Joined by UCD Ad Astra oboe soloist Lukas O’Brien and harpist Geraldine O’Doherty, and under the direction of their Artistic Director, Dr Desmond Earley, UCD Choral Scholars will perform a programme of music entitled ‘Desolation’. The programme will include works by Victoria, Buchenberg, Mauersberger, Schütz, Kuhnau and others.

For many, 2014 was characterised by thoughts of commemoration, by the first acts of remembrance honouring past service and sacrifice of the many Irishmen who found themselves in a European trench by Christmas 1914. Last December, UCD Choral Scholars premiered three new works for chamber choir and oboe composed especially to mark this Decade of Centenaries by internationally-renowned Swiss composer, Ivo Antognini.

The Spring Concert programme included War, the text by Francis Ledwidge (1887-1917) (Darkness and I are one, and wind and nagging thunder brothers all) who was killed in action at the Battle of Passchendaele in 1917. Also included was a setting of the text from the Lamentations of Jeremiah, Wie liegt die Stadt so wüst, the Trauermotette by Rudolf Mauersberger (1889-1971); a piece that paints the utter desolation of Dresden in the aftermath of carpet bombing by Allied aircraft in February 1945 (Bombennacht), and the explanation for styling the concert Desolation. Ther, more hopeful works, included Gib unsern Fürsten und aller Obrigkeit Fried und gut Regiment SWV 373 (Give our princes and lawmakers peace and good government), by Heinrich Schütz (1585-1672). Darkness gave way to light as the programme unfolded, and the concert closed with Dr. Desmond Earley’s setting of Yeats’ most-famous text, He wishes for the Cloths of Heaven. 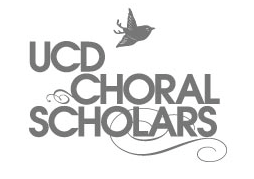 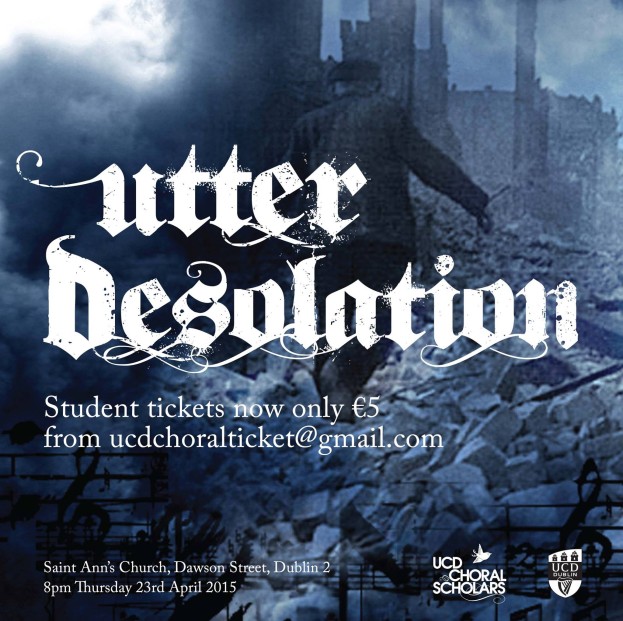