This website provides information on UCD conferences, exhibitions, publications and other outputs relating to the Decade of Centenaries. It provides scholarly resources such as an interactive timeline of the events of 100 years ago, as well as links to much of the commemorative content already produced by the university.

Read in ENGLISH / AS GAEILGE

The period from 1912 to 1923 was a pivotal one in Irish history. It witnessed political transformation and political violence of magnitudes unknown for generations.

From the introduction of the third Home Rule bill in 1912 to the conclusion of the Irish Civil War in 1923, the island of Ireland witnessed insurrection, insurgency, and conflict. These years also saw the foundation of new parliaments north and south, the extension of franchise and suffrage, and the introduction of partition. Far from being uniquely Irish, these processes became increasingly common worldwide as the 20th century progressed.

Internationally, the decade encompassed the First World War, along with other major geopolitical developments and social and cultural transformations. One of the defining cultural figures of the period, and indeed of the 20th century, was UCD graduate James Joyce. 1916 witnessed the publication of James Joyce’s iconic Bildungsroman, Portrait of the Artist as a Young Man. The first edition of Joyce’s masterpiece Ulysses was published in 1922.

University College Dublin has a particularly important role to play in activities around this Decade of Centenaries. Many UCD staff, students and graduates were involved in critical events between 1912 and 1923. UCD came of age during the revolutionary decade. Following independence, the university and its graduates played an integral role in the foundation and the development of the modern Irish state. Additionally, the University is a major holder of archives of national and international significance relating to the period.

Linking in with national and international commemoration initiatives, UCD has devised a programme of scholarship and outreach for the Decade of Centenaries. Our vision in this is to inform debate and understanding with an objective voice in a manner that brings education and new perspectives to the fore. We also seek to reflect on the centenaries through creative and cultural works.

This website provides information on UCD conferences, exhibitions, publications and other outputs relating to the Decade of Centenaries. It provides scholarly resources such as an interactive timeline of the events of 100 years ago, as well as links to much of the commemorative content already produced by the university.

I hope that you find much to interest you in our programme of activities. 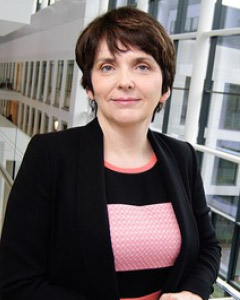 Vice-President for Research, Innovation and Impact

Orla Feely is Vice-President for Research, Innovation and Impact and a Professor of Electronic Engineering at University College Dublin. She is Chair of the UCD Decade of Centenaries Committee.  Reflecting her interest in the history of Irish engineering and science, in 2011 Professor Feely led a project to capture the history of the Dublin city-centre complex that is now Government Buildings, but for much of its life housed UCD engineering and science departments.

Professor Feely holds a PhD in electrical engineering from the University of California, Berkeley, where her thesis won the DJ Sakrison Memorial Prize for outstanding and innovative research. While at UC Berkeley, she also won the Outstanding Graduate Student Instructor Award.  She leads a research group in nonlinear circuits and has received a number of prizes and grants from national and international sources.

Professor Feely is a member of the Royal Irish Academy, a Fellow of the IEEE (Institute of Electrical and Electronics Engineers), Engineers Ireland and the Irish Academy of Engineering. She has served as Chair of the Irish Research Council and of the IEEE Technical Committee on Nonlinear Circuits and Systems. She is a director of the Young Scientist and Technology Exhibition.