The 1916 Collection, an insightful and informative series to inform national debate.

UCD and the Irish Independent have collaborated to produce the 1916 Collection, an insightful and informative series of ten supplements.  These supplements allow UCD to share a wealth of knowledge via our expert academics and archival materials. As a major holder of archives of national and international significance relating to the Decade of Centenaries (1912-1923), the university’s vision is to inform national debate and understanding with an objective scholarly voice, in a manner that brings education and new perspectives to the fore.

The supplements will be published with the Irish Independent on the following dates: 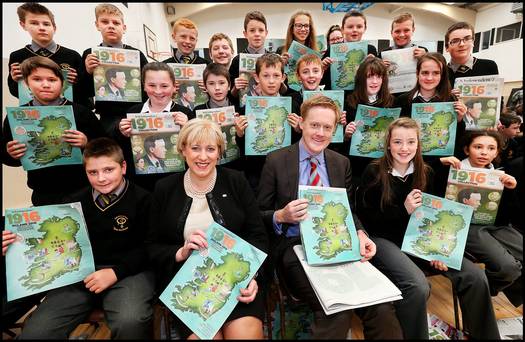 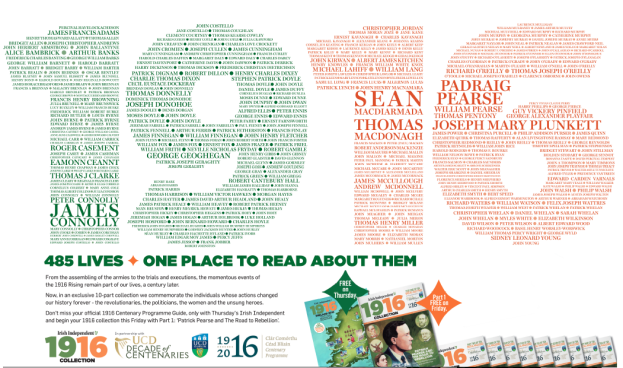