A moving panorama inspired by the Dublin Civic Exhibition 1914, involving acollaboration between UCD and Dún Laoghaire Institute of Art, Design and Technology.

A public exhibition relating to the centenary of the 1914 Dublin Civic Exhibition designed and constructed by students from UCD School of Architecture and the National Film School IADT . The 1914 Dublin Civic Exhibition had over 110,000 visitors and attempted to reimagine Dublin as ‘the phoenix of cities’ during a period of economic, political and social strife. The exhibition provided a broad view of Dublin City in terms of ‘What it was’, ‘What it is’, and ‘What it could be’. It gave the viewer the chance to step back from their immediate surroundings to consider and re-imagine the potential for change.

The City, Assembled exhibition includes a 360 degree panorama containing still and moving images of the city. As well as archival material from UCD Library Special Collections, the Irish Architectural Archive and the John Nolen Archive at Cornell University, along with photographs from the Royal Society of Antiquaries of Ireland and contemporary newsreel footage from the Irish Film Archive.

City, Assembled evolved from ‘Disseminating Architecture,’ a Research & Innovation in the Designed Environment module in the UCD School of Architecture taught by Professor Hugh Campbell and Stephen Mulhall, and assisted by Philip Crowe. This focused on the communication and curation of architecture and urban design.

The original idea of an immersive panorama was developed by 3 fifth year Masters of Architecture students and 4 students from IADT. The exhibition was designed, constructed and curated by Cillian Briody, Matthew Mullin and David O’Mahony from UCD, supervised by Stephen Mulhall, lecturer in the UCD School of Architecture. 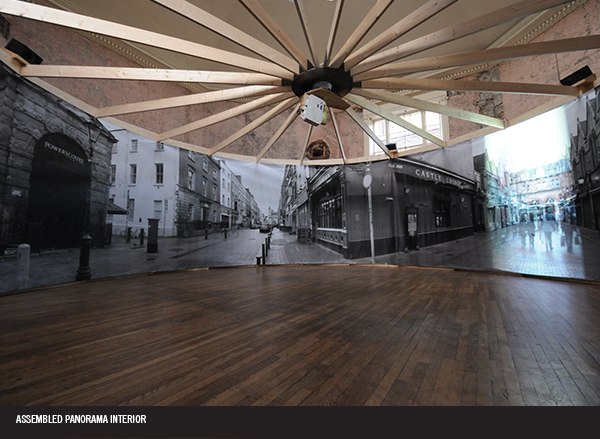 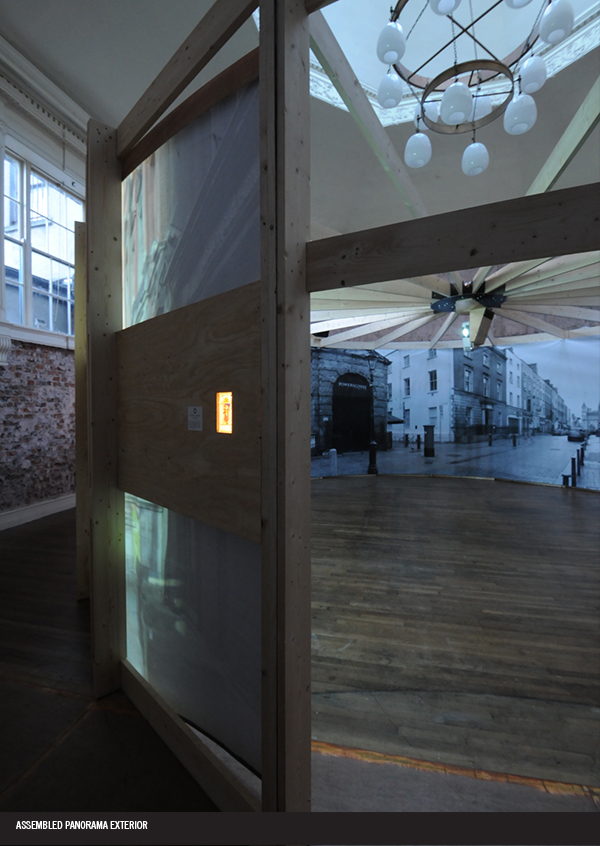