As part of our public engagement programme to commemorate the Decade of Centenaries (which began with the 3rd Home Rule Bill in 1912 and finishes with the end of the Irish civil war in 1921-22), UCD has commissioned a theatre piece in which eight world class Irish writers present the seven signatories, along with Nurse Elizabeth O’Farrell, in a series of monologues, bringing the audience into their innermost thoughts.

The production will be a theatrical centrepiece of the commemorations for 2016.  Its unique artistic composition is already drawing great public interest and it will provide an opportunity for intellectual discourse around the signatories that goes well beyond the circumstances of the Rising and places them in the wider cultural context.  This extraordinary production is a piece of theatre magic.

Sending out commands, addressing the people, lying in Kilmainham Gaol, saying ‘goodbye’, facing the firing squad, being airbrushed out of public view, each writer presents an artistic response to the eight characters through voices that thread across deeply personal emotions. The production will be directed by Tony Award-winning director, Patrick Mason.

Book Tickets by following the link for each venue below

Kilmainham Gaol – 22,23,24 April 2016 – these are standing performances. The Gaol can be cold so please wrap up warmly! Parking is available in the nearby Royal Hospital Kilmanham car park, €2 for 3 hours. SOLD OUT

Pavilion Theatre in Dun Laoghaire – 26,27 April 2016 – these are seated performances. SOLD OUT

Civic Theatre, Tallaght – 3,4 May 2016 – these are seated performances

National Concert Hall – 5 May 2016 – this is a seated performances. UCD will take this opportunity to present renowned playwright Thomas Kilroy with the Ulysses Medal, the University’s highest honour.

A special edition publication also entitled Signatories will be released on opening night in Kilmainham Goal – 22 April 2016 – to coincide with the play and is available from UCD Press.

Elizabeth O’Farrell by Emma Donoghue, who was nominated for an Oscar for her screenplay of her novel Room.

Padraig Pearse by Thomas Kilroy, whose awards include the Guardian Fiction Prize, the Heinemann Award for Literature, the AIG Literary Prize and the Irish PEN award.

Thomas MacDonagh by Marina Carr, winner of the EM Forster award from the American Academy of Arts and Letters and the Susan Smith Blackburn prize for women playwrights.

Sean McDermott by Éilís Ní Dhuibhne, winner of the Bisto Book of the Year and the Irish PEN award, as well as shortlisted for the Orange Prize for Fiction.

James Connolly by Hugo Hamilton, winner of the Rooney Prize for Irish Literature, the Priz Femina Etranger, and the Premio Giuseppe Berto for French and Italian translations of his work.

Thomas Clarke by Rachel Fehily, a recent graduate of the playwriting strand of the UCD MA in Drama and Performance Studies and an emerging talent in the Irish theatre scene

The performance will be delivered by some of the country’s most outstanding actors;

2016 marks the centenary of the Easter Rising, a seminal moment in the foundation of the Irish State.  Often referred to as “the poets’ rebellion”, among its leaders were university scholars of English literature, history and Irish. Even though its effects were deep and lasting, the revolt itself was ill-fated; and ended ignominiously after just six days with the rebels rounded up and their leaders sentenced to death.

The signatories of the Proclamation of the Irish Republic must have known that the Rising would be crushed militarily; must have dreaded the carnage and death; must have foreseen that, if caught alive, they would themselves be executed.

UCD played a central role in the emergence of the Irish State – from the culturally driven Gaelic Revival movement to the formation of the Irish Volunteers and Cumann na mBan; from the actual planning of the Easter Rising to the formation of the first Government; UCD lecturers, graduates and even students were part of the story of Irish independence.

The play will run at Kilmainham Gaol on 22/23/24 April, then move to the Pavilion Theatre in Dun Laoghaire for 26/27 April, the Civic Theatre, Tallaght on 3/4 May and to the National Concert Hall on 5 May.  A number of theatres around Ireland have approached us to take the play on tour so we are creating a touring version.  We have also had approaches from the US, Australia and India. We are also in discussion with BBC Arts about a film version for television. 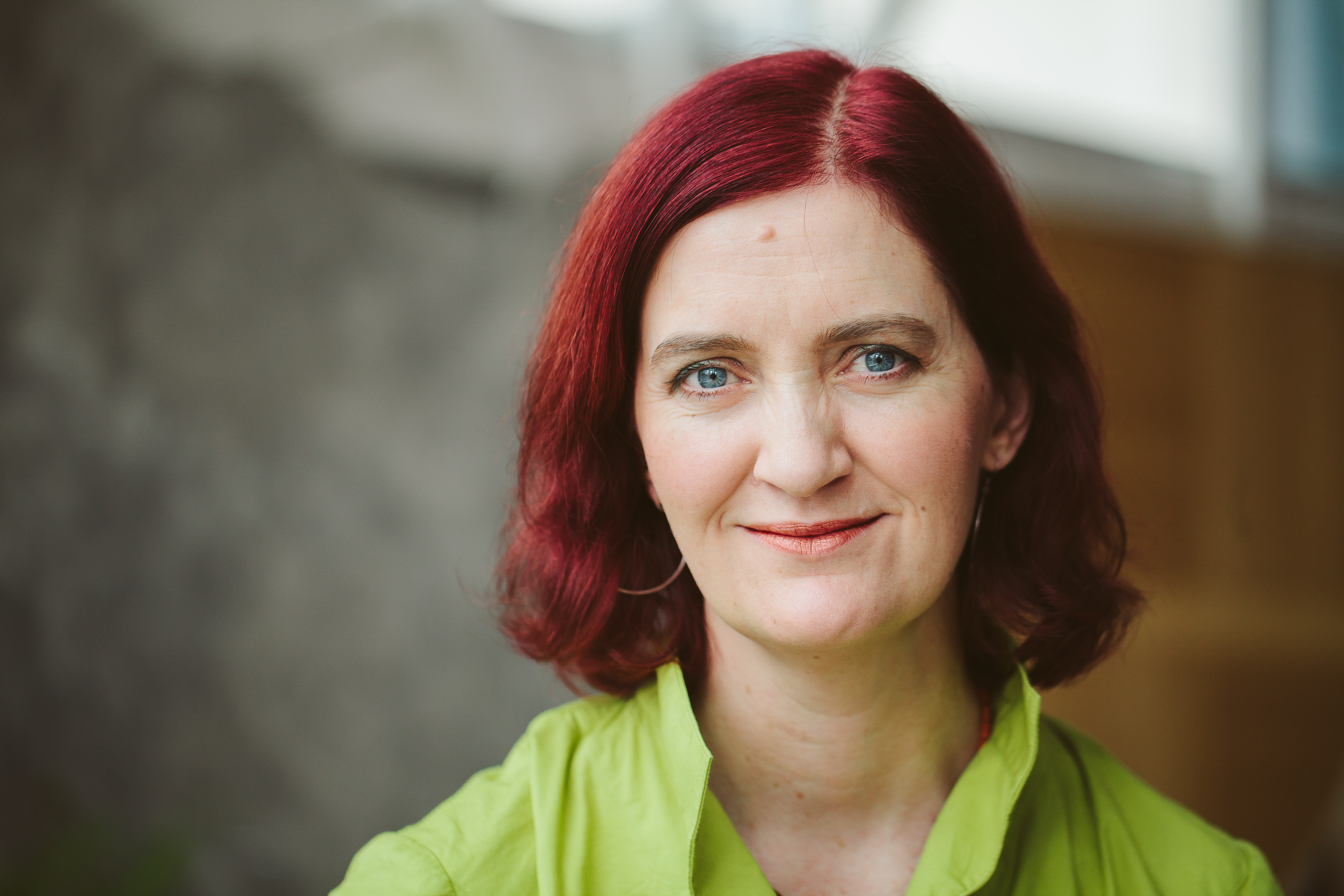 Donoghue was born in Dublin and graduated from UCD with BA in 1990 and received her PhD from the University of Cambridge. She received an honorary DLitt from UCD in 2011. Her first full-length feature film, Room (adapted from her international bestselling novel,  shortlisted for the Man Booker and Orange Prizes), has won her Best Scriptwriting nominations for the Academy Awards, the Golden Globes, the Critics’ Choice Awards and the BAFTAs. Playwright, literary historian, novelist and screenwriter, other works include Frog Music (2014), The Woman Who Gave Birth to Rabbits (2002), Landing (2007), Slammerkin (2000) and Touchy Subjects (2006). 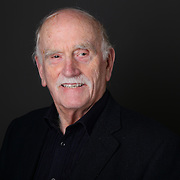 Kilroy was born in Callan, Co Kilkenny and graduated from UCD with BA in 1956, HDipEd in 1957 and MA in 1959. He is a prize-winning novelist and playwright. He has received an Irish Times Special Tribute Award for his contribution to theatre and a Pen Ireland Award for Literature. He is Professor Emeritus of Modern English at NUI Galway and an Honorary Fellow of Trinity College Dublin. He is a member of the Irish Academy of Letters, the Royal Society of Literature and Aosdána. His writing includes Death and Resurrection of Mr Roche (1969) and The Big Chapel (1971). 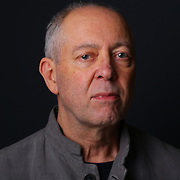 Hamilton is best known for his memoir The Speckled People (2003), which tells his German-Irish story of growing up in Dublin in a ‘language war’, with an Irish speaking father who forbade the use of English and a German mother who came to Ireland in the aftermath of World War 2.  His latest play The Mariner (2014) is an original drama based on the enigmatic figure of his own grandfather. His most recent novel Every Single Minute (2014) is a fictional account of a journey to Berlin which the author made in 2008 with his fellow Irish writer and memoirist, Nuala O Faolain. He is a member of Aosdána and has lectured in Creative Writing at UCD. 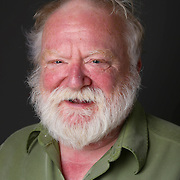 McGuinness was born in Buncrana, Co Donegal and graduated from UCD with BA in 1974 and MPhil in 1976.  As well as his own works, which include The Factory Girls (1982), Observe the Sons of Ulster Marching towards the Somme (1985), Someone Who’ll Watch Over Me (1992), Dolly West’s Kitchen (1999) and The Hanging Gardens (2013), he is recognised for a strong record of adapting literary classics, having translated the plays of Racine, Sophocles, Ibsen and Strindberg to critical acclaim.  He previously lectured at the University of Ulster and at NUI, Maynooth. A member of Aosdána, Frank McGuinness has been Professor of Creative Writing in UCD since 2007. 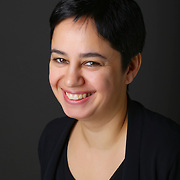 Fehily was born in Dublin and is a graduate of Trinity College Dublin, The Kings Inns and from the playwriting strand of the UCD MA in Drama and Performance Studies in 2014. She has practised as a Barrister and Mediator and is particularly interested in conflict resolution. She had contributed widely to the media on the subjects of law, relationship breakdown, mediation and conflict resolution. Her work includes Split: True Stories of Relationship Breakdown in Ireland (2011), Break Up, Don’t Crack Up: A Positive Plan for Your Separation or Divorce (2012) and Managing Litigation for your Business (2013). She recently produced, researched and directed the film project The Descendants: Memory, Representation, Legacy with The Council of the Bar of Ireland as part of the Four Courts 1916 Commemorations. 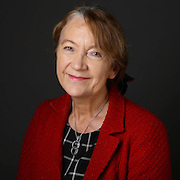 Ní Dhuibhne was born in Dublin and graduated from UCD with BA in 1974, MPhil in 1976 and PhD in 1982. She is an Irish novelist and short story writer in both Irish and English. She has taught Creative Writing in UCD, Trinity College, the Faber Academy, the Irish Writers’ Centre and other institutions. Her writing includes The Dancers Dancing (1999), The Bray House (1990), Fox Swallow Scarecrow (2007) and The Shelter of Neighbours (2012). She has been Writer Fellow at Trinity College, Dublin and is currently Writer Fellow at UCD. She is a member of Aosdána. 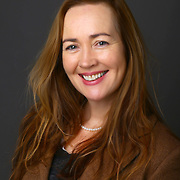 Carr was born in Tullamore, Co Offaly and graduated from UCD with BA in 1987 and was conferred with an honorary DLitt in 2011. Her twenty plays include Woman and Scarecrow (2006), Marble (2008), The Cordelia Dream (2008), Low in the Dark (1989), Portia Coughlan (1996), By The Bog of Cats (1998) and Hecuba (2015). A member of Aosdána, she has been Writer-in-Residence at Trinity College, the Abbey Theatre, Princeton University and is currently the first John McGahern Writer-in-Residence in St Patrick’s College, Drumcondra and the School of English, DCU. 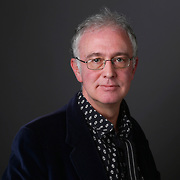 O’Connor was born in Dublin and graduated from UCD with BA in 1984 and MA in 1986; he received an honorary DLitt in 2011. He is the author of eight novels including Cowboys and Indians (1991), Star of the Sea (2002), Redemption Falls (2007), Ghost Light (2010) and The Thrill of it All (2014), as well as two collections of short stories, True Believers (1992) and Where Have You Been? (2012), and a number of bestselling works of non-fiction. He has also written radio diaries, film scripts and stage-plays including an adaptation of Daphne du Maurier’s novel My Cousin Rachel (2012). His work has won many awards, including the Irish PEN Award for Outstanding Achievement in Literature, France’s Prix Millepages, Italy’s Premio Acerbi, an American Library Association Award and the Prix Madeleine Zepter for European Novel of the Year. In 2009 he was the Harman Visiting Professor of Creative Writing at Baruch College, City University of New York. In 2014 he was appointed Frank McCourt Professor of Creative Writing at the University of Limerick. He is a member of Aosdána. 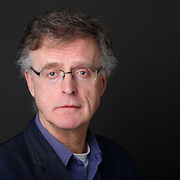 Patrick Mason is a freelance director of theatre and opera. He has had a long association with the Abbey Theatre, Dublin, which culminated in his tenure as its Artistic Director from 1993 – 1999. He has worked extensively with writers such as Brian Friel, Hugh Leonard, Tom Murphy, Tom Kilroy, and Tom MacIntyre. His production of Friel’s ‘Dancing at Lughnasa’ ran in the West End and on Broadway, and won him an Olivier nomination and a Tony Award for Best Director.  He is also closely associated with the work of Frank McGuinness and directed the premieres of ‘The Factory Girls’, ‘Observe the Sons of Ulster Marching Towards the Somme’, ‘Dolly West’s Kitchen’ (Abbey/ Old Vic, London), and  ‘Gates of Gold’ (Gate Theatre, Dublin).

In recent years he has directed a series of productions for the Gate Theatre, Dublin, which include ‘The Yalta Game’ (Sydney/Edinburgh Festivals), ‘Hay Fever’ (Charleston Spoleto Festival), and ‘The Speckled People’.