The War Project will premiere on Wednesday 9th March at 8pm in Memorial Hall, Richview and run until Friday 11th March.  All ticket sales are in aid of Médecins Sans Frontières.

The Ad Astra Academy Performing Arts Strand is delighted to invite you to the opening of The War Project, a new performance developed in Memorial Hall, Richview by the Ad Astra Performing Arts Drama and Music Scholars and performed in association with UCD Choral Scholars.

Bearing witness to the accounts of five individuals and their involvement during The Easter Rising and The Great War, The War Project brings together the voices of the men and women of 1916 who risked their lives, whether on Irish streets or French fields to gain Irish Independence. In giving voice to their written accounts, The War Project uses first person narrative, poetry and music to honour their joint legacy and commemorate the individual sacrifices of Thomas Kettle, Marie Martin, Helena Molony, Desmond Ryan and Margaret Skinnider. 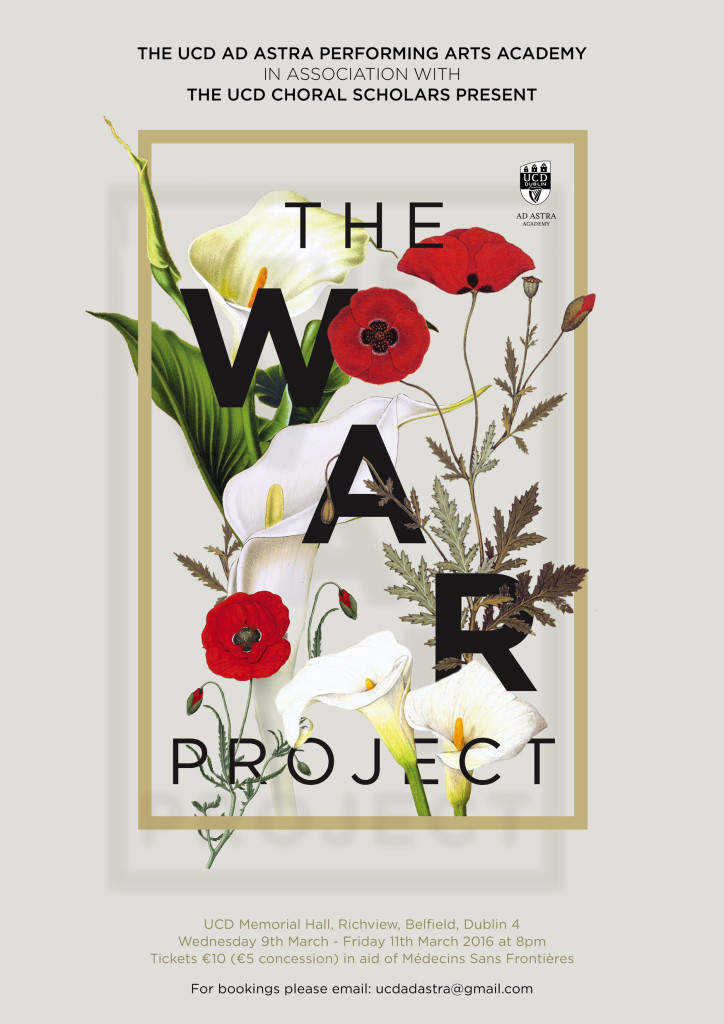